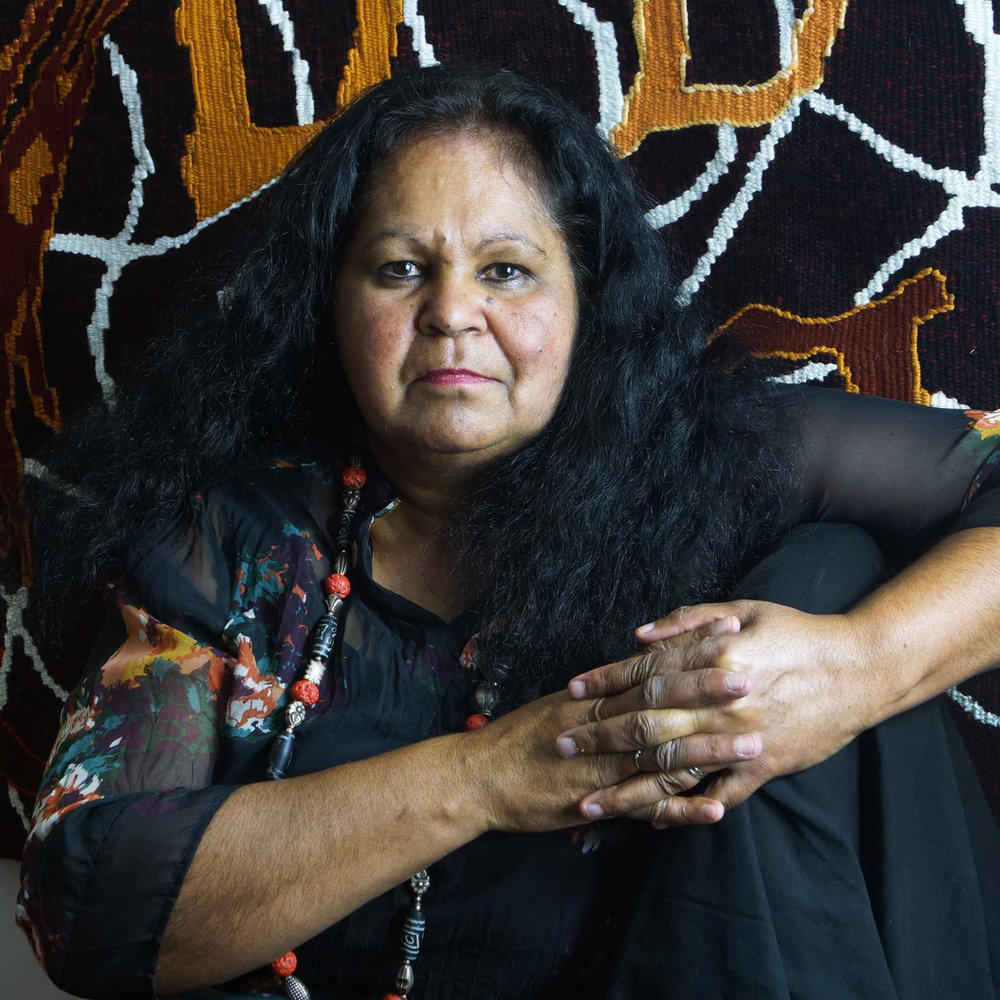 When Emerge put a call out for a community artist to help create an outdoor mural for the refuge, celebrated Indigenous artist Aunty Fiona Clarke put her hand up immediately.

Born in Warrnambool, Southwest Victoria in 1963, Fiona is a Kirrae Whurrong Aboriginal woman. For over 30 years she has depicted her Aboriginal culture through the visual arts, including tapestry, painting, public art and through children’s literature.

Fiona’s work is in collections nationally and internationally. More recently her focus is on public arts and has been commissioned to create works, in Warrnambool, Colac, Camperdown, Terang, and Melbourne.

Mothers and children at the refuge will put their own special touch to the mural border, working with Susi, Emerge therapeutic practitioner. The Men’s Shed Mordialloc will instal the mural.

Other contributions by Fiona to the world of art include “Walkabout Wickets”, chosen by Cricket Australia to commemorate the 150th anniversary of the first Aboriginal XI Cricket team to play at the MCG. One of those players was Fiona’s great, great grandfather James Couzens. Another player in this team was her great great uncle John Couzens.