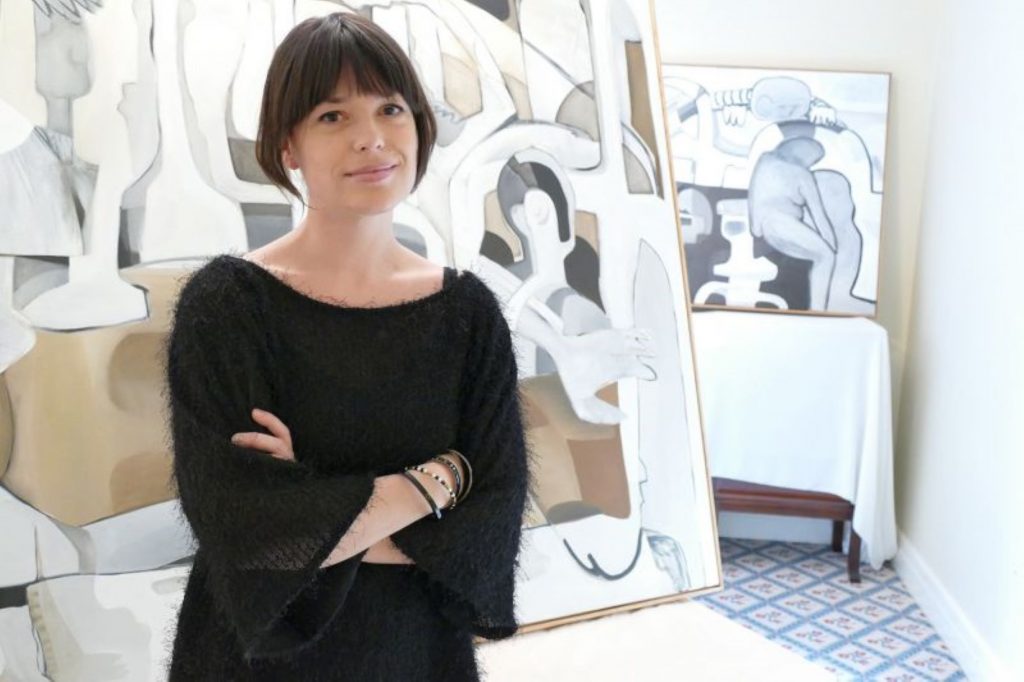 Kirsty Budge is on a mission to create a mural with children as part of her time with Emerge as community artist.

The children, currently supported through Emerge’s Arts Therapy program, will work closely with Kirsty to create an intuitive based artwork.

Kirsty says the piece will be a true collaboration, guided by trust and respect for each other, and imagination.

Kirsty Budge is thrilled with being appointed community artist, saying it is a wonderful opportunity to help children understand how to make a painting of this scale and as well as to open the minds of children through a major piece of work.

Although Kirsty has never directly worked with family violence survivors, she certainly knows the effect that abuse and trauma has on people, and how abuse can negatively impact a person’s self-worth and add to feelings of fear and anxiety.

“Making a large-scale painting can be daunting but I am hoping that the children will learn how to build a painting over time, and that taking part in painting the mural will help reduce their anxiety and doubt when problem-solving on the canvas” Kirsty said.

The first stage of this ambitious project is for Kirsty to meet with the children, gain their confidence and then to encourage to share their own ideas as well as images about what they want the mural to include.

“As this painting is a group effort, each voice, idea and story will be respected, listened to and considered as I understand the strength and courage that it takes to tell a personal story,” she said.

The mural will be on show at emerging heARTs before being on permanent display at the new refuge.