Work at Emerge is a daily reality check for Michal

Work at Emerge is a daily reality check for Michal 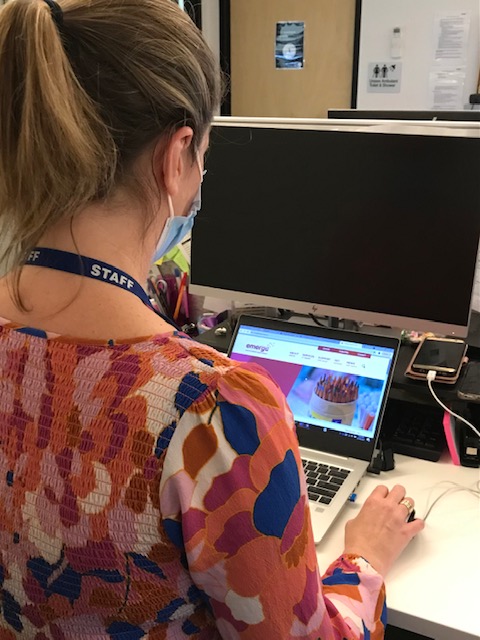 There is no typical working day for Michal, Emerge’s new refuge team leader, but there is one constant: deep care for the women and children she and her team support.

Michal’s career has been steeped in working with women survivors of family violence. She started as a social worker in Israel before moving to Australia and, after a break to have children, moved to work with Women’s Liberation Halfway House in Melbourne.

“It was the first women’s refuge in Victoria and one of the first in Australia. Starting 1974, the aim was to provide support and accommodation for women and their children. But it was more than a safe house – it was also about making political statements about the status of women and children during that era,” Michal said.

Six years ago, Michal moved to work with Emerge initially as a women’s case manager and then into a senior position concentrating on crisis support. As  team leader, she brings a wealth of experience and determination to make a difference to her team of eight which includes case managers for women and children, and after hours’ staff.

“We are a small team supporting many women and children who have experienced more trauma than any of us would have thought possible,” Michal said.

She says the past year has seen women and children arriving with no or few clothing, no Medicare card, documents or immunisation records, no residency status and often no access to Centrelink payments.

“What we are seeing is embedded abuse over many years from physical through to financial and emotional,” Michal said.

“Each woman and child is different which is why there is no typical working day for any of us.”

Nevertheless, keeping the families safe and secure is the team’s priority. Linking them with medical care and Centrelink is vital, as is connecting them with the courts and police to make sure they have Intervention Orders in place is crucial.

“We are starting from scratch every day,” Michal said.

Despondency, however, is not an emotion she feels. She sees huge change in each woman and children often soon after they arrive in refuge.

“They feel safe and that is often the first step in their journey to recovery,” Michal said.

The new refuge has made an enormous difference to the team’s work. There is space for women and children to be together, communal spaces – which have not been used much due to covid restrictions, and a play area for children.

“For many families, they have not had the chance to play for a while because they have felt scared about making a noise or getting in the way,” Michal said.

At the end of the day she makes plans for the day ahead knowing that invariably they won’t happen but that whatever does come up she and her team are ready for it.