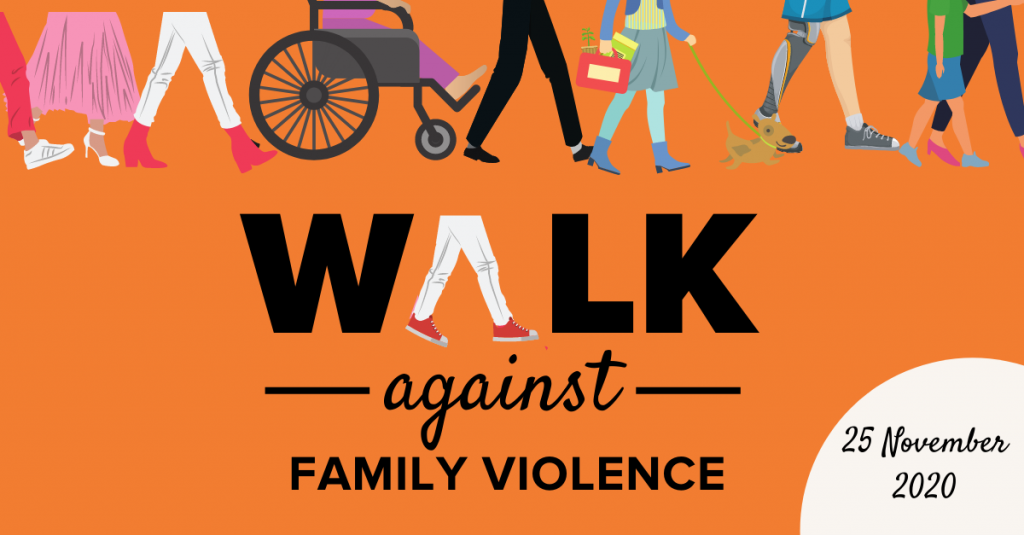 Glam up in orange, choose your walking buddies and join Walk Against Family Violence on Wednesday 25 November.

Emerge is one of the organisers involved in this different annual event, and as Refuge Team Leader Jacqui says, the pandemic won’t stop anyone walking for the cause.

She and other Emerge staff and volunteers will be doing their bit to raise awareness of family violence in the community by taking part in “walks from home” event.

“Although we can’t walk together around Melbourne’s CBD like in previous years, we can take a collective stand,” Jacqui said.

“Walk around the block, go for a walk with a friend or participate in a planned local event in your area – it’s up to you.”

Participants are asked to wear something orange – a facemask, hat or t-shirt –to show support for survivors and help send a message that family and domestic violence will not be tolerated.

Emerge staff will also be walking to raise awareness of the effect that the pandemic has had on them in their work to support women and children.

Paula Westhead, EO of Emerge, said that workers were often forgotten in the discussion about family violence and its effects on society.

“The reality is that the pandemic has heightened the anxiety of everyone, and our staff have been grappling with extra caseloads and working virtually. It is taking its toll,” she said.

Crime data revealed in September 2020 that Victoria was experiencing its highest rates of family violence, with reports of abuse in homes up to 6.7 per cent, leading to it being described as the ‘shadow pandemic.’

The report by Monash University’s Gender and Family Violence Prevention Centre was based on a survey of more than 100 family violence workers. It found that almost 70 per cent were experiencing increased stress due to the demands on the sector and the rising incidence.

Emerge will be registering for the group, and encourages supporters to join them and register their group too. Registration is through this link: