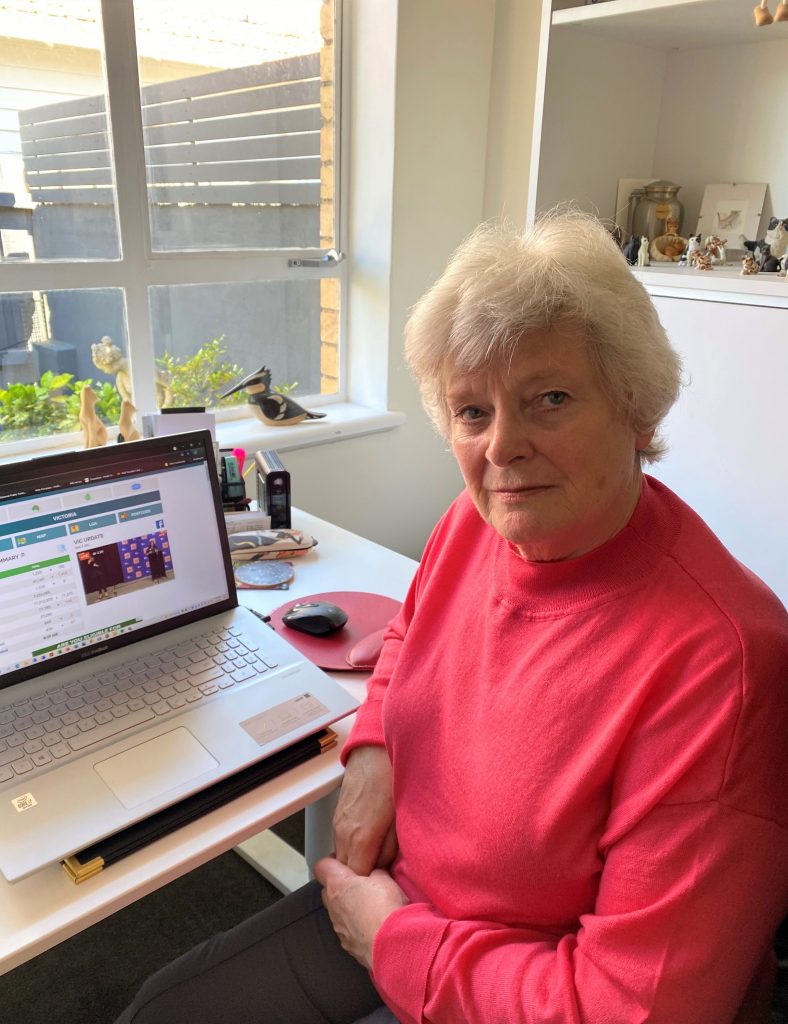 Risk and governance are words that are usually associated with the corporate world but they are equally as vital to any community organisation, as Jane Evans can attest.

She joined Emerge’s Board in 2019, and is the current Secretary of the Board. For the past two years, she has been working closely with other Board members and the Executive Officer reviewing policies, procedures, and the many forms of risk that Emerge must consider and mitigate.

“You can never eliminate risk, you have to find ways of managing the impact and in Emerge’s case, I feel confident that we have the correct balance,” Jane said.

Being a Board member is something which Jane takes seriously.

Among the many legal responsibilities that any Board member has is to develop and oversee policies for ensuring solvency, adherence to sexual harassment laws, Occupational Health and Safety of staff and volunteers and many others.

“Governance is vital to the running of the organisation, its integrity, its resilience and done well, can draw support,” she said.

She comes to Emerge with a wealth of experience and expertise in being on Boards as well as senior roles in emergency services including the SES, where she was the first woman deputy director, through to the chief executive officer of the National Information and Library Service. While in her PR position with the Insurance Council, Jane was appointed to the board of the CFA, eventually becoming the acting deputy chair.

“It has been a varied career but one thing all the places I have worked or volunteered in have in common is that they have robust policies and a strong understanding of governance,” Jane said.

Joining Emerge has been a privilege for Jane.

“I come from a generation of women who had limited choices – being married and having children was the expectation – but I chose to continue working. –. I was able to make that choice but I am acutely aware that there are many women who are restricted in their choices, often because of the unsafe environment in which they live,” she said.

“I am proud to be able to contribute to an organisation which is about helping women and their children leave an environment of fear and help them get on their journey to independence.”

Currently, she and the other Board members are completing the strategic direction set by the previous board which focused predominantly on the opening of the 24/7 refuge.

“We will be developing a new strategic plan which will consider where Emerge can and should go over the next three years.”

From her perspective, she sees many areas where Emerge could develop including collaborating with like-minded organisations for more social housing, developing new programs and strengthening existing ones to reach more women and children, and to grow its expertise in supporting women and children from Culturally and Linguistically Diverse backgrounds (CALD) in Refuge or crisis accommodation.

One of Jane’s abiding interests has been mentoring. She cites American John Crosby’s quote “A brain to pick, an ear to listen and a push in the right direction” as a succinct definition of mentoring.

Over the years, she has mentored many people, providing a different perspective for them and challenging herself to look at issues through another lens.

“It is an immensely satisfying role to play, and one which allows me to constantly learn.”

For her, it is as fulfilling as becoming a new Board member. “There is always something new to learn, whatever your experience.”