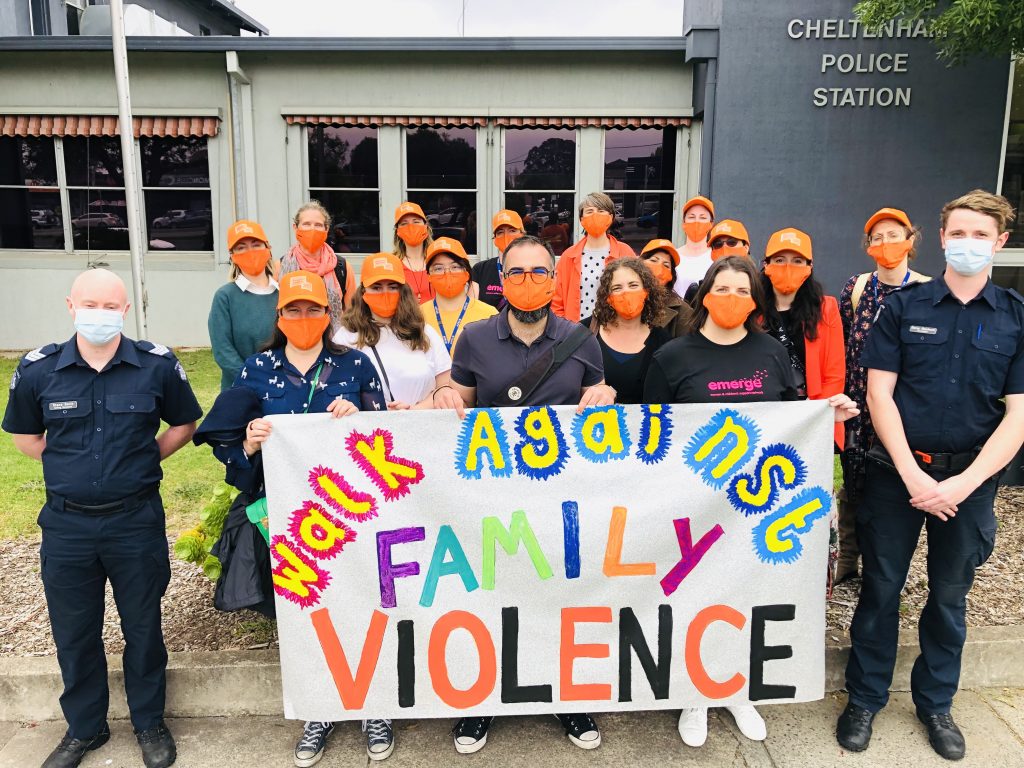 One woman is killed every week by her current or former partner.

Emerge staff and volunteers know the facts all too well. They live and breathe the aftermath of family violence every day in their support for women and children.

On Wednesday 25 November, Emerge was involved in one of the many #WAFV2021 walks through Victoria to raise awareness and support for survivors.

Amy Douglas, who organised the walk and led the organisation’s participation in the statewide planning said: “The pandemic led to a huge increase not only in the number of women reporting family violence but also leaving violent homes.”

“Over the past 20 months, cases of family violence have increased and become more complex” Amy said.

The Emerge walk of more than 30 employees and volunteers went through Cheltenham including past the police station, drawing attention from local shoppers and passers-by. They carried a banner created by Emerge volunteers.

They were joined by the Mayor of the City of Kingston Cr Steve Staikos and the Deputy Mayor Cr Jenna Davey-Burns attended, and police from Cheltenham Police Station.

The walkers all wore something orange – either clothing or face masks – which is the colour designated by the UN Secretary-General’s UNiTE to End Violence Against Women campaign.

“As an uplifting colour, orange represents a happier future, a future free from violence against women and children” Amy said.

The Walk Against Family Violence 2021 is timed to coincide with the International Day for the Elimination of Violence Against Women and the start of the United Nations 16 Days of Activism against gender-based violence. The 16-day campaign ends on International Human Rights Day (10 December).