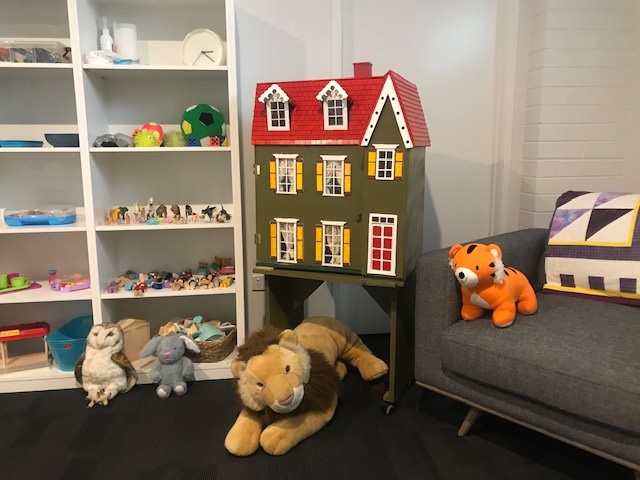 It is not every day that a handmade dolls’ house is offered to families who are struggling to afford Christmas presents.

But that is exactly what happened for families living in Emerge’s refuge after the organisation spotted an article in The Age about a donation of a three-storey, grand and colourful dolls’ house which Macleod retiree Rolf Schwabe wanted to make to a worthy case.

Paula Westhead, Executive Officer, said the offer was too good to believe.

“We had had a fire in our therapeutic space during the year, and the dolls’ house that the children loved was ruined and not able to be restored,” Paula said.

“Over 88 women and 192 children used our service last year and we know it would be much loved and used probably every day.  The children and the staff take great care of the therapeutic toys that we have and were so disappointed when our previous dolls house, which we had for years was destroyed.”

The one metre house was built by former toolmaker Rolf Schwabe during the coronavirus pandemic. He constructed and painted the five-room house as well as the furniture, ranging from a fridge to a baby’s crib, beds, an oven and a grandfather clock. The house includes a fireplace with little wooden sticks for logs, tiny fish paintings on walls, and its own lavatory.

The idea came to him when he realised that travel restrictions and not being able to play golf meant he had to do something creative to keep focused. His wife Gertie also became involved, sewing the curtains and bed quilts for the dolls’ house.

He is already working on a new model – a two-storey petrol station and garage, with toy cars, which he will also give away.

He is thrilled that his labour of love is going to Emerge where it will be used by children who will enjoy and appreciate it.